..and how to help prevent them with UAP cylinders 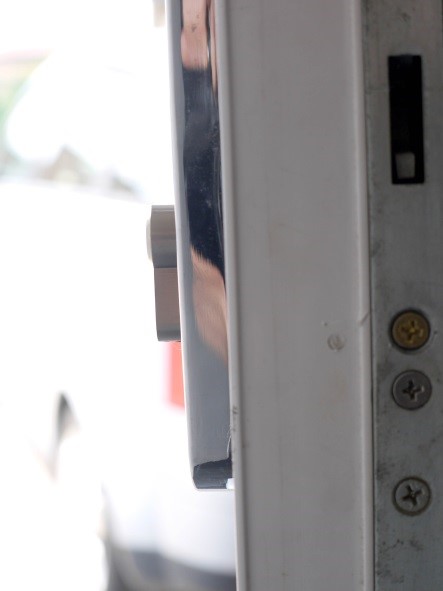 Does your door cylinder stick out from your handle more than 2mm?

If so it can be easily snapped!

Lock snapping is one of the most common burglary methods, and it has been estimated around 27% of all burglaries are through snapping the lock.

Lock snapping occurs when force is applied to the outside of the cylinder, using mole grips or similar. On standard cylinders, the weakest point of the cylinder is at the central screw hole as there is less metal here, and this is where the cylinder snaps. It makes it very easy for a burglar to then turn the cam and manipulate the cylinder in to opening.

The UAP+ 1 star Kitemarked cylinders have a sacrificial cut line on them, which when force is applied, will break on this line. 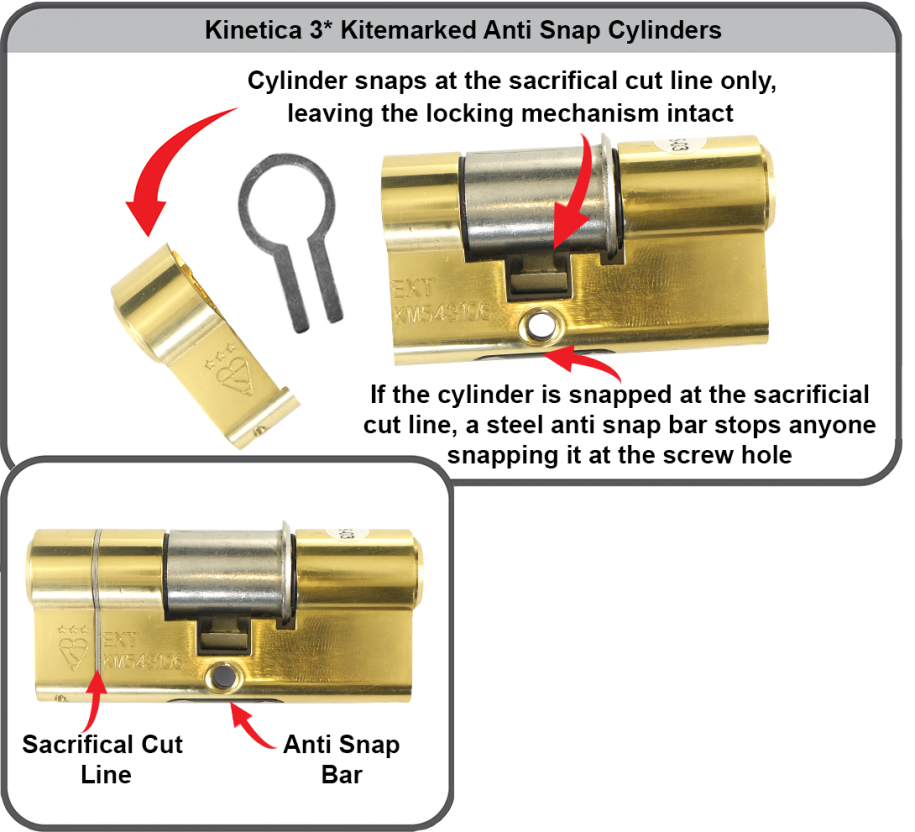 For both the UAP+ and Kinetica cylinders, if it is snapped at the sacrificial cut line, the home owner can still use their key to operate and open the cylinder as 2 pins remain intact, making it a lot easier to get the cylinder replaced.

A bump key is a key blank that has been specially cut. It is placed in to the cylinder, pulled back a couple of notches and the end of the key is then hit – usually with a mallet or hammer. This causes the pins inside the cylinder to vibrate up and down, which eventually line up and trick the cylinder in to opening.

A common issue with this is that there is very little evidence to prove forced entry, often resulting in insurance companies refusing to pay out!

However, UAP+ and Kinetica cylinders both use a very clever and patented timing pin anti-bump system, designed by locksmith expert and Royal Navy engineer Chris Belcher. The Patented timing pins are highly effective in interrupting the timing of the pins when bumped.

What’s more, rather than using trap pins commonly found in other cylinders, we use special pins which will not lock up when someone tries to bump the cylinder, meaning the homeowner will not be trapped inside the property.

Lock drilling is as simple as it sounds. A burglar will use an electric drill in an attempt to drill the pins in the cylinder.

However, in the UAP+ and Kinetica cylinders, there are 4 hardened steel anti-drill pins on each side of the cylinder, and all the moving timing pins are a minimum 50 HRC nickel plated hardened steel, making our cylinders extremely difficult to drill into.

Lock picking is a technique that can take a great deal of skill. For this reason most burglars would rather break in to a cylinder using one of the other methods mentioned. However, it is not impossible for thieves to enter properties this way and still needs safeguarding against.

Fortunately, the timing pins in the UAP+ and Kinetica cylinders have inbuilt anti-pick and mushroom driver pins, which makes them highly effective against picking.