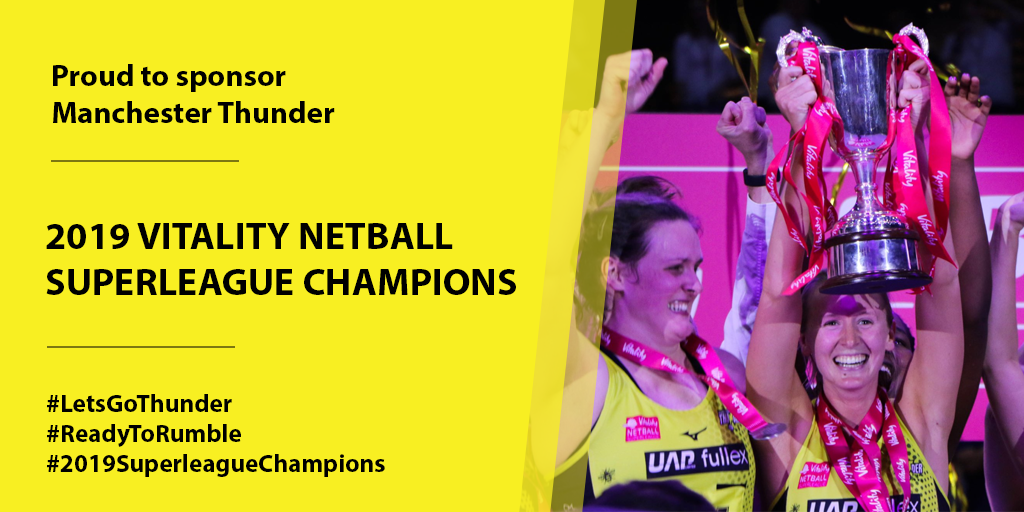 Over the weekend Manchester Thunder won their first Superleague title since 2014 after defeating defending champions Wasps 57-52 in the Grand Final at London’s Copper Box.

We have been a key sponsor of the Thunder squad since 2016, most recently with our corporate brand, UAP and product brand, Fullex. The logos have featured on the front of the winning 2019 kit, which debuted at Thunder’s first game of the season back in January.

Wasps missed out on a historic third successive Superleague title after the Black and Yellows took the lead in the third quarter of Saturday night’s Grand Final and never looked back. This is Thunder’s third Superleague crown.

UAP commercial director, Pat Rice, said: “Great to see Manchester Thunder with the Vitality Netball Superleague on Saturday. This was the culmination of a season long effort and well deserved for the team and all supporting staff.

UAP are proud to be long-term partners of the Thunder squad and look forward to another successful season next year. For now though, well done and enjoy the victory everyone.” 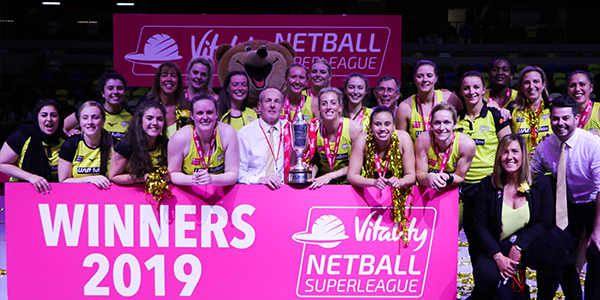