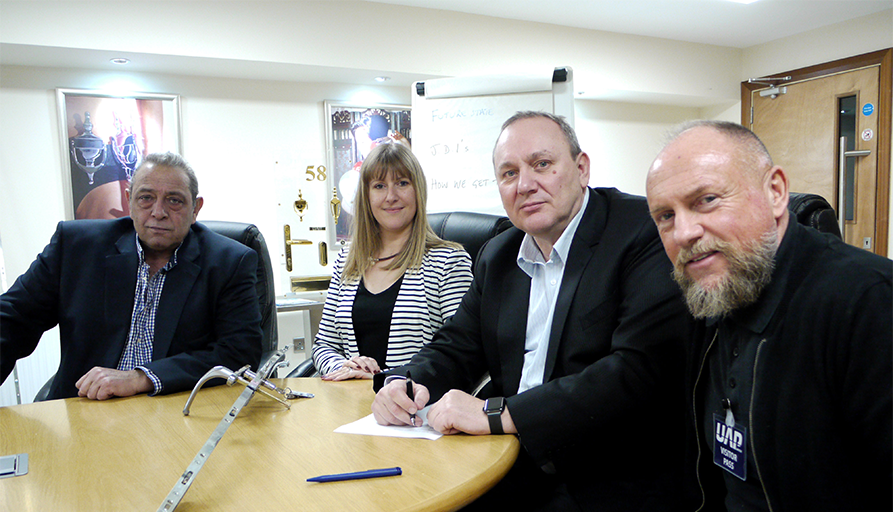 Dedlok is a European Patent pending locking system designed to combat the rise seen in door crime. The most recent horrific news of burglars using blow torches to gain access into uPVC doors would be defeated by Dedlok.

Former professional Rugby League player, Tony Simpson, developed the system when he was tasked to develop a more secure way to protect his daughter’s home. Tony said: “Dedlok was developed to protect my daughter who lived in an area where the use of blowtorch burglary has been taking place for a long time. We developed Dedlok to protect her and every other household in the country.”

John Creber, one of the two developers of the system, said: “Dedlok is a fantastic system to add security on the doorstep and it is incredible to have it licensed to a company of UAP and Fullex’s size and reputation.”

David Jennings, CEO of UAP, said: “Dedlok is an incredibly effective solution that could revolutionise the way the industry locks doors. We know that Dedlok will enable us to offer our customers a cost effective locking solution, we know that we can develop the system to offer a genuine retrofit for existing locks in the market, and we also know that Dedlok can be made into an electronic solution as the central part of our electronic lock development strategy.”

More details about the incredible Dedlok system will be released in due course.