Blog The Letter plate that both Protects and Perfects the Door

The Letter plate that both Protects and Perfects the Door

Anti-Vandal, anti-draught, anti-snap and attractive! Doormaster letter plates are slick and stylish and have many special features which not only help draught proof a home and aid safe passage of letters but they also incorporate anti-vandal features which stop unwanted items being put through the letter plate.

• The enclosed, rounded flap set against a shallower frame, gives a less intrusive but sleek feel to the door.
• The central sleeve means that it can fit in waste (mid) rails.
• The cavity dimensions mean you don’t need to change CNC machines routing dimensions in order to change over to a Doormaster letter plate.
• Outward facing brushes prevent vandals putting items inside the letterbox.
• They also create better draught proofing and help direct letters through the cavity.
• The 180 degree letter plate flap prevents the flap from snapping under extra force.
• Ultra-flexible springs mean the flaps can withstand hundreds of openings.
• Conforms to any standards and testing requirements including BS EN 13724.
• Matt finished plastic frame conceals any scratches that may be caused by screwdrivers
• Blind bolts to the exterior prevent the outer frame from being removed.
• An internal water seal prevents water getting into the door or panel which stop letters getting wet.


Letter Plate Flap Testing machine
All of our Doormaster letter plates undergo extensive testing to their flaps to ensure they can withstand thousands of openings.
By replicating the action of opening and closing the letter plate flaps, the machine can determine the durability of the hinge mechanism on the product. The flaps are repeatedly opened and closed to ensure they can withstand thousands of openings without snapping or breaking, promising a product that will last much longer than others in the industry. The process is repeated to 50,000 repetitions, with only 15,000 required by testing standards. Tests are performed in accordance with BS EN 13724:2013. 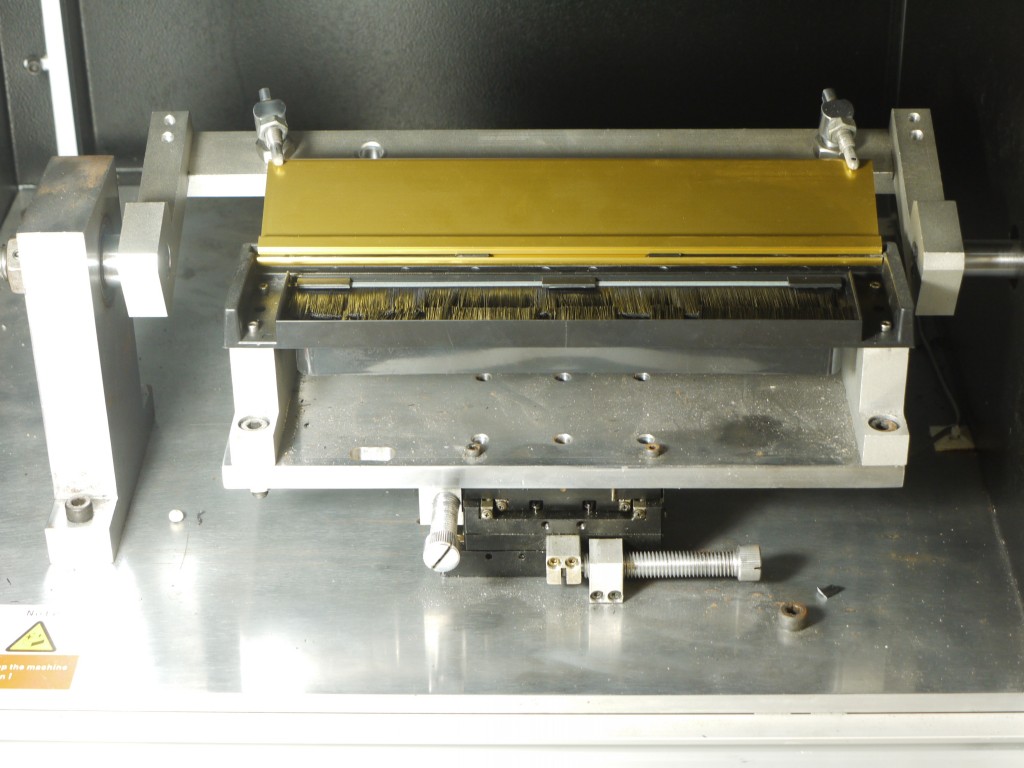 The letter plates are tested for differing lengths of time depending on the standard requirements; 480 hours for zamak and aluminium based letter plates where we offer a 5 year inland coating guarantee. 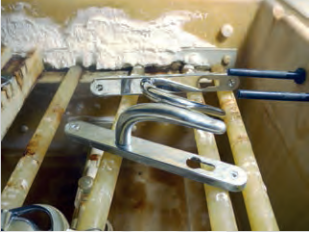 This standardised security test measures the ability of a letter plate to resist attack by fishing; a method of gaining keys through a letterbox using a hook. A letter plate must prevent the accessibility of a hook through it, and this is tested by inserting an aluminium rod, which is 6mm in diameter and 1200mm long, through the letter plate and seeing whether or not it can touch a target of 20mm in diameter, which has been placed on a table on the other side of the door.

If the rod is unable to touch the target, then it passes the technical standard, TS 008:2015. If not then a further test is conducted to see if a disc 0.075kg can be retrieved through the door.